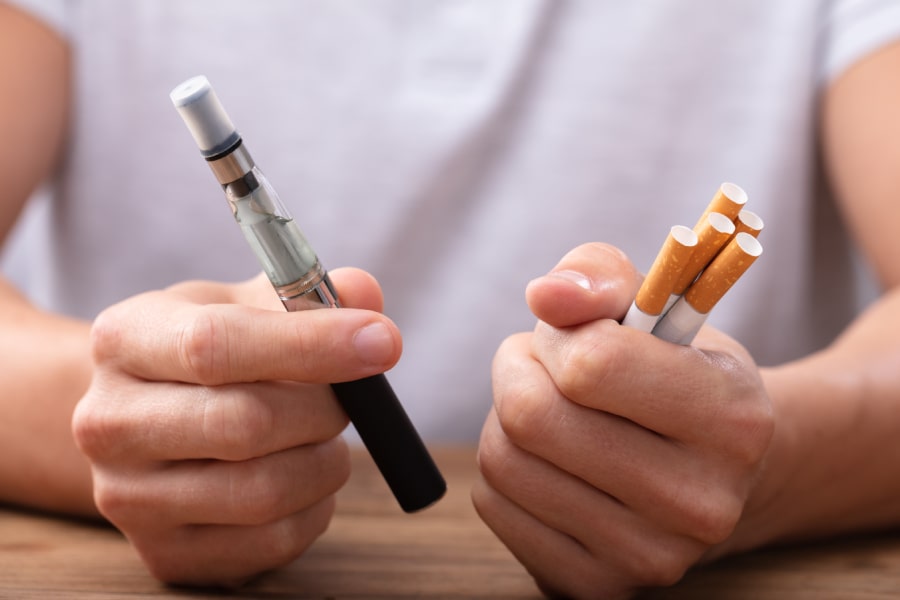 Smoking is the most important avoidable health risk factor for heart diseases. It causes atherosclerosis (vascular calcification) and narrowing of the heart (coronary) arteries which ultimately leads to heart attacks and sudden cardiac death.

In addition, smoking is responsible for 27% of all cancers and is directly linked to 700,000 premature deaths in Europe each year. In most European countries, the number of smokers has stagnated or decreased in recent decades. However, in 2020, 25% of the European population as a whole and up to 29% of 15 to 24 year olds were smokers.

Nowadays, no one needs to be convinced of these negative effects of smoking. Less well known among the general population is that smokers have a clearly increased risk of atrial fibrillation. Unlike the development of vascular disease, the mechanism by which smoking is responsible for this phenomenon is less well known. But, it is clear that smokers have a 1.5 to 2 times higher risk of developing atrial fibrillation during their lifetime compared to non-smokers.

The risk increases depending on how much people smoke and the number of years they have smoked. Quitting smoking reduces the risk, but the risk still remains significantly higher compared to someone who has never smoked. So, the underlying message here is: never start smoking!

Since 2007, there has been a significant increase in the number of E-cigarette smokers. This way of smoking is expected to help people to quit smoking completely and it is considered safer than the classic tobacco cigarette. These devices do not contain the typical combustion products, such as the harmful carbon monoxide, and many important carcinogens.

However, large studies examining the long-term effect of E-cigarette on cardiovascular health, including a possible increased risk of atrial fibrillation, are still lacking.

A few cases have been described in the literature in which the use of the electronic cigarette can be associated with the occurrence of atrial fibrillation. However, the data is still limited and it has certainly not yet been demonstrated whether this possible increased risk is related to nicotine or to other exhaust substances from the E-cigarette.

Many emissions generated by the electronic cigarette by heating the combination of water, flavorings, solvents and nicotine have not yet been studied.

Nicotine is the most studied component to date, but the relationship between nicotine and atrial fibrillation is not yet clear. There are some short-term studies available on nicotine replacement therapy, such as nicotine patches. But this does not seem to indicate a clearly increased risk of the development of atrial fibrillation.